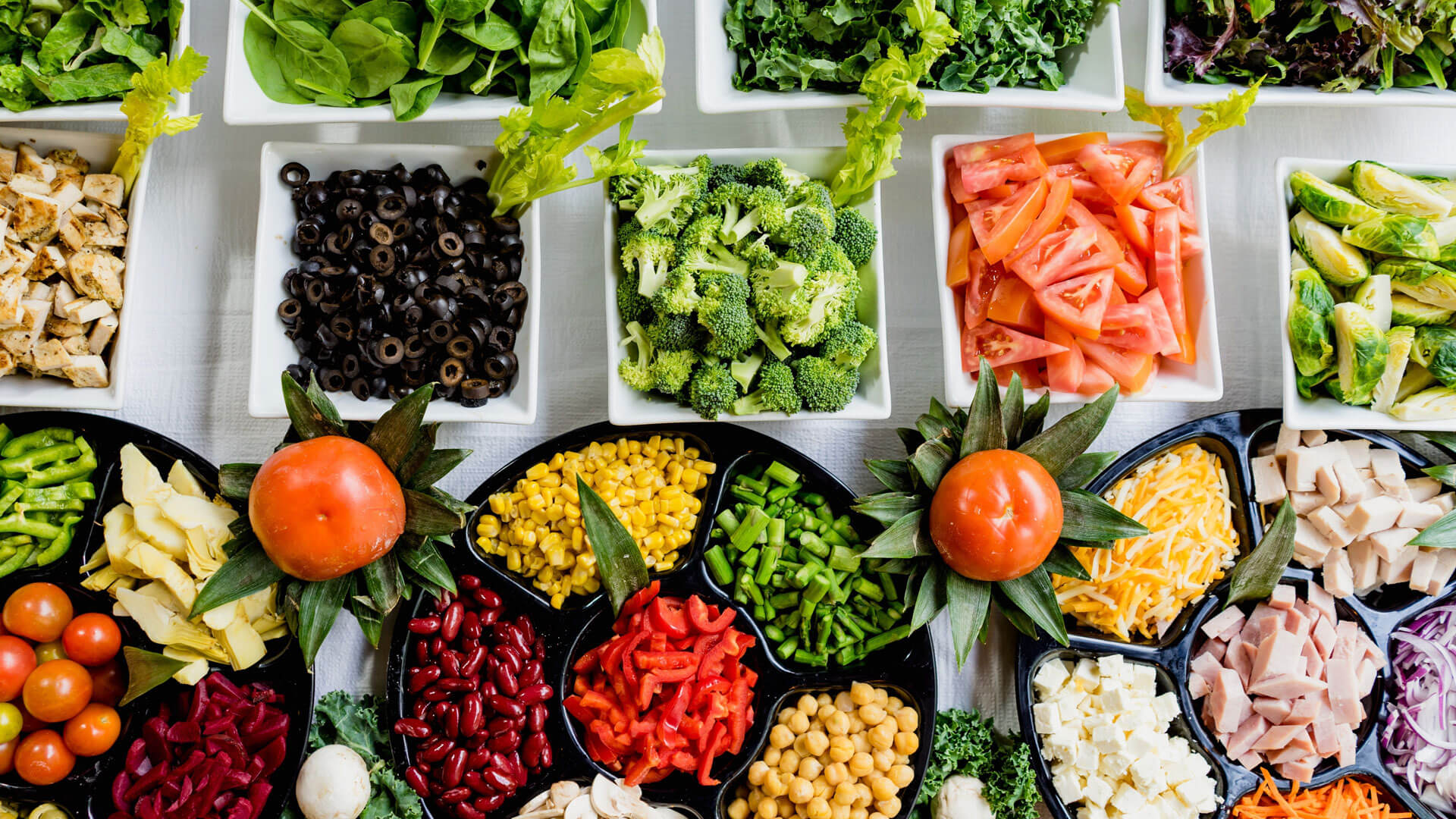 Dan was enrolled in an MD MBA program at St. George's University in Grenada where he was exposed to challenges in healthcare. He decided to drop out of medical school, but completed his MBA program before enrolling in a Masters degree in Public Health at Harvard University.

Kevin earlier worked with oncology and radiology practices in the Chicago area and had the opportunity to work with a few population health programs. He was a member of the team that started the first psycho-social support program for cancer patients. This included studying ways to prevent recurrences of cancer and to develop education for people who were at risk. Kevin found that food, nutrition and basic health played an important role. He then moved to Boston to pursue a Masters degree in Public Health at Harvard University with the goal of better understanding how to prevent diseases instead of just treating them. And it was serendipitous that he met Dan who had already been working with community members to look at how he could deploy meal kits as a basis of real behavior change.

Origin of the idea 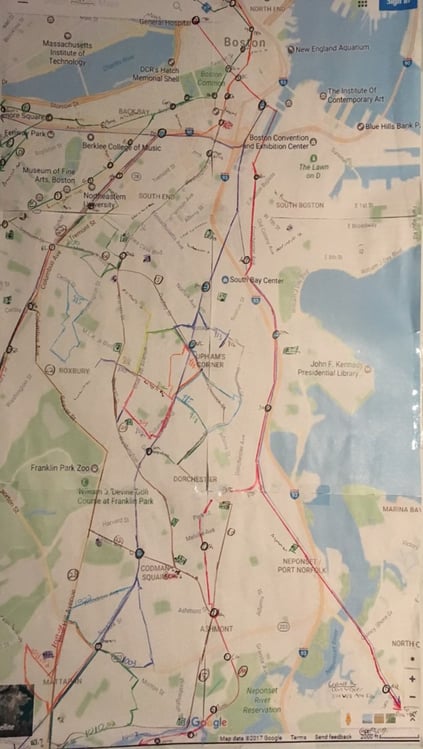 It was at Harvard where they both began to understand the social determinants of health and food security - all the factors that make it difficult for folks to have a tasty, easy family dinner. They learned that healthy food is expensive and in communities where access to grocery stores is limited it becomes even more expensive and challenging. They realised that if you have two kids and two jobs, and then you've got to get on two buses to get to a grocery store and lug these bags back, it's just not going to happen. In addition to that cooking is hard - knowing what to cook and making the time to do so is also difficult.

The way that they really started on EatWell was taking a class called Social Entrepreneurship Lab with the goal of developing and implementing an idea that helps people.

Dan took a screenshot of Boston on Google Maps and drew in all the grocery stores, subways and bus routes. They discovered big gaps in different neighbourhoods that had no grocery stores. These tended to be lower income neighbourhoods with diverse communities. While exploring healthy grocery options in these neighbourhoods, they ended up at the farmer’s market where they spoke with folks and different organizations who were promoting healthy eating education. They also interviewed dieticians, primary care physicians and community health centres to really understand what challenges the communities faced. Dan and Kevin identified three biggest challenges: affordability, accessibility and knowing what to cook.

One of the principles from the course that stuck with Dan was that change happens at the speed of trust. Dan and Kevin understood that showing up to communities who have been marginalized and disenfranchised as Harvard graduates and telling them what to do wouldn’t be well received.  People would be less receptive towards their ideas.

They focused on listening to people and hearing what they had to say, and because of that EatWell was able to create a solution that really fit people’s needs. And importantly, they built trust with their communities and a really strong network that has led to growth and partnership opportunities.

What was your initial solution for the target market?

EatWell started with a box that had everything you needed to cook a tasty dinner for five people in 30 minutes using one pot. They sold these meal kits for $15 dollars and they were SNAP eligible, which means that people could use their food stamps to buy them.

They went to different farmer’s markets to see if people would buy them, but didn’t get the traction they expected. They then set up to sell at community centers through the partnerships they had built. They started getting more traction, but sales at their original location at Mattapan languished. In October 2019 the team made the difficult decision to leave Mattapan where they were emotionally invested and had built strong relationships with the community.

The team had seen glimpses of success and promise, but realized that they needed stronger traction. They set five goals to hit by December 2019 and had a sobering conversation where they agreed to shut the business down if they were unable to meet a majority of their goals. They achieved three of their goals including significantly improving sales, which motivated and energised them to continue solving the problem.

How did the pandemic impact EatWell?

The team quickly ramped up production and made operational improvements to streamline their process. They hired people from the community and created an assembly line to create their meal kits. They formed several new partnerships with community centers and received grants during the first few months of Covid.

How did you pivot into working with healthcare organizations?

As the EatWell team pivoted to selling to Community Health Centers during Covid, they realized that healthcare partners were a better fit for their solution. They had faced challenges in their initial direct to consumer model - with even a price of $3 / meal kit serving and SNAP eligibility, there were still plenty of families who wanted the meal kits but found it too expensive.

The team realised they had to find a way to shift the cost burden away from the families who are food insecure to the healthcare payers, insurers and hospitals who are going to benefit from the health of these families. Instead of treating people who are coming into the emergency department or managing people who have diabetic conditions, how can we prevent people from having those instances happen in the first place? Because it's much more cost-effective to do that - when you become diabetic from pre-diabetic, you have an instantaneous 400% increase in your cost of care.

EatWell is now working towards partnerships with Accountable Care Organisations (ACOs) which are healthcare organizations that tie provider reimbursements to quality metrics and reductions in the cost of care. Patients at partner Community Healthcare Centers who are at risk would be prescribed free EatWell Meal Kits, which would be covered and reimbursed by the ACOs.

How has the startup ecosystem supported EatWell?

The team shares that they’re very grateful to have support from organizations that have been instrumental in their journey. They received a major grant from the American Heart Association as they wanted to be a partner in solving and addressing the explosion of chronic disease, especially amongst groups that have the fewest resources themselves to handle it.

They’ve also received support from the Massachusetts Health Policy Commission which looks at value-based care and outcomes for the state of Massachusetts. They’re driving partnerships that are looking to not just address acute care needs for patients in the state, but how to make everyone healthier so that they don't need to show up in the emergency room.

Dan and Kevin thanked BonBillo and MassChallenge accelerators for their support and networks. They’re looking forward to partnering with insurance payers and ACOs who want to prescribe medically tailored EatWell Meal Kits at Community Health Centers.

Chat with VerroBot to build your impact startup: